Warning: mysql_real_escape_string(): A link to the server could not be established in /home/content/06/6280006/html/daily-india-live.com/wp-content/plugins/easy-contact-forms/easy-contact-forms-database.php on line 182
 Entrepreneur: One who can sell ice, while living in New England – India – Daily: Live & Rare
Tweet

Albert Einstein once said, “If at first, the idea is not absurd, then there is no hope for it.”

This very thought is responsible for the evolution of human race. Once nomadic, we are ruling on this planet and it would not be an exaggeration that if not all some of us do dream about ruling the universe as well. The ability and willingness to work on what an individual thinks makes him stand aside from the masses. An idea of one man can change the course of life of the entire human life while another idea can change the lifestyle. Most of us always misunderstood the equation of being a successful entrepreneur as most of us believe that one should have a great product or service to offer.

The fact, however, is that becoming an entrepreneur necessarily does not require you to invent something great.  They had an idea to believe in and they worked against all odds, for years sometimes and now they are remembered. One such name is that of “Frederic Tudor.” Most of us might not have heard this name or to some of us there ring a bell about the English royal family. Well, on the contrary, this is something about a common man with very simple idea and he is now considered as one of the Entrepreneurs who shaped our world. The man responsible of transforming ice from luxury to necessity, in the times when there were no modern day appliances of refrigeration. His endeavors made it possible to sell ice from New England, in the distant world countries as far as India.

Unlike today, he decided to stay with family & help in business over Harvard education, something entire family was very proud of since his father and brother were educated from the same Institution. He traveled, alongside his brother, to Caribbean in the beginning of 19th century, while looking for treatment for his brother. After 5 years of this journey, William, his brother, threw this idea, in a social gathering to harvest freely available pond ice and sell it to the people in places like Caribbean where weather is warm.  The idea of harvesting the ice was already in practice since affluent people used to store it for summers; however, with humble commodity such as ice, there was nothing practiced as a business.

Idea was striking and posed a challenge which young Frederic accepted and started working on it. As expected, the initial efforts were not successful as there were no laid rules to follow. Every setback was a learning that exposed the opportunity area which was conquered by the sheer ambition of Frederic. On the front cover of his very first record book or diary, which he later named as “Ice house diary”, are the words, he wrote as his motto: – ” He who gives back at the first repulse and without striking the second blow despairs of success has never been, is not, and never will be a hero in war, love, or business.”. It is believed as the official beginning of the business, which is going to make him the “Boston Ice King” as he is mentioned in the years to come.

referred today. revolution when he accepted the challenge and started working towards making it a reality. The thought mentioned in 1805 still sounds fresh

his it reads as, “challenge which was the purchase of a good-sized journal and the entry in it on August 1st of his purpose. On the leather of the front cover he printed the year, 1805, and the motto: With this challenge the ice business may be said to have begun. ___The journal, which Tudor called his “ice house diary”, was for sixteen years an inseparable companion – his “wedding guest”, always at hand to receive outpourings of joy or grief. It is a unique document; for the business man, when he records his deeds, usually does it after a lapse of years and practically never tells how he felt at the time. 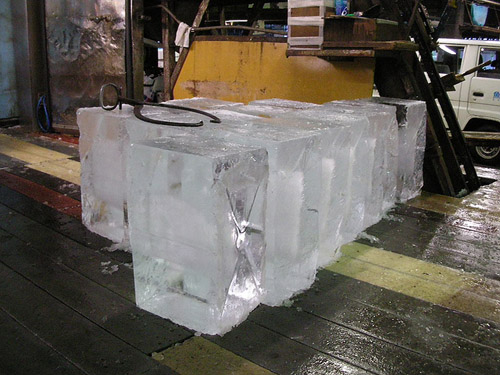 His unique idea, which was not appreciated and accepted immediately then.

Have you ever wondered why do they charge you more for a drink when served cold? Well, leave aside the fact that they have invested to run the place and to make profits. Historically, ICE was only available to the rich only or to those actually did not need to cool anything because they lived in snow for most of their life.

It is a result of our limited information because we did not care to look harder to figure out that history of mankind is full of people who were successful entrepreneurs and they did not invent anything. All they had was an idea. Now this is just one half of the fact, because we all can present ideas. Here comes into play the second part which is to work on that idea with determination and perseverance, without giving up. That’s the trait which all of them have put across as “to believe in.”