Warning: mysql_real_escape_string(): A link to the server could not be established in /home/content/06/6280006/html/daily-india-live.com/wp-content/plugins/easy-contact-forms/easy-contact-forms-database.php on line 182
 Jagjit Singh- A Versatile Artist – India – Daily: Live & Rare
Tweet 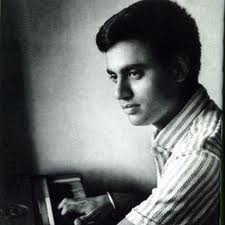 Jagjit Singh just like his name has won millions of world across the world. His unique style of singing made him one of the legendary singers of India. He had changed the dimensions of Ghazals with his mix of classical and western music. Born on 8th Feb 1941 in Shriganganagar, Rajasthan, Jagjit Singh trained under Ustad Jamal Khan of the Senia Gharana. Jagjit Singh belonged to a sikh religious family. His father Amar Singh Dhiman, was a government employee and mother Bachan Kaur was house wife. In his family, he had two brothers and four sisters. His was inspired by his to sing the religious chants in ragas. But as he grew up, he was more drawn towards the modern music.

Since his childhood, he was associated with music. In Sriganganagr, he started learning music under Pandit Chagganlal Sharma. He took training from his for two years. Later he devoted six years to learn Khayal, Thumri and Dhrupad forms of Indian Classical Music from Ustad Jamaal Khan of the Sainia Gharana.

The Vice-Chancellor of Panjab University and Kurukshetra University, Late Professor Suraj Bhan encouraged his music talent and after completing his graduation from D.A.V. College at Jalandhar he came to Mumbai for trying his luck in a playback singing. He came to Mumbai in the year 1961 and lived as a paying guest. During his struggle, he used to sing at different parties and functions. He started his debut with a Gujarati movie Dharati Na Chhoru.

The first Ghazal album by them was “The Unforgettables” which was released in the year 1976. This album set new sales records. Jagjit Singh, with his beautiful and equally talented wife Chitra Singh made history in the world of music by this album. Then he started singing in various Punjabi, Hindi movies and also had big number of albums released which were liked by almost everybody. Not only this, they had also created songs and music for numerous movies and even TV serials. They have their fans spread out all over the world. Whenever, they performed in concerts, they got tremendous response. Their performance was always being a memorable experience for their fans. 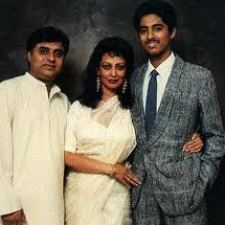 During his struggle period, in the year 1967, he met Chitra Singh and fell in love with her. Chitra Singh, daughter of Krishna Roy a classical vocalist belonged to a Bengali family of Kolkatta. She was the only child of her parents. She has completed her graduation in English Honours. From her early life she has interest in singing and thus took training of classical music in Kolkatta. When she met Jagjit Singh, she was already married and had a daughter. Her marriage ended in divorce and thereafter, they got married in the year 1969. They had only son named Vivek. Jagjit Singh went through a painful time when he lost his only son in the year 1990 who was died in a car accident. At that time, Vivek was only 19 years old. In one interview on a Canadian T.V. Jagjit Singh mentioned that he could not have survived this pain if there was no music. After the death of her son, Chitra Singh quit singing. Their album Someone Somewhere was the last album sung by both. Later in the year 2009, their daughter Monika Choudhary(from first husband of Chitra Singh) who was 50 years old committed suicide at her own apartment in Bandra(W) where she was lived with her two sons Arman and Umair. Chitra Singh was also staying with her at that time. One day earlier, both chatted for late night and then went to their rooms. Next day, when Chitra Singh knocked her room, she did not open then her elder son went into the room through bathroom and found his mother hanging from ceiling fan. It is said that Monika was depressed because of her second husband and so she took this step.

Jagjit Singh has also sung bhajans and gurbani. His albums like Maa, Hare Krishna, Hey Ram…Hey Ram, Ichhabal and also Man Jeetai Jagjeet in Punjabi, put him in the league of Bhajan singers such as Anup Jalota and Purushottam Das Jalota.

Jagjit Singh always endeavors to support new and fresh talent. He was always looking for new talents. Talat Aziz, Ashok Khosla, Ghanshaym Vaswani are few artistes to whom he supported. He was awarded several times by different state governments and music associations for his contribution to the music world. 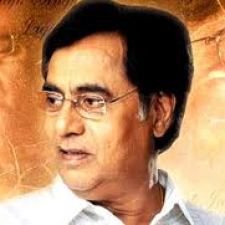 Jagjit Singh was suffered from brain hemorrhage was in a critical state when he was immediately rushed to the Lilavati Hospital. He was under observation for 24 hours. He was died on 10 October 2011. His last concerts were from 16th September, 2011 to 20th September, 2011 at Nehru Science Centre in Mumbai, Siri Fort Auditorium in New Delhi, Noor Mahal, Karnal (organised by HIFA) and The Indian Public School in Dehradun respectively. Jagjit Singh will always remember as a versatile artist whose voice has been ringing in the ears of his fans for many years. He has given many melodious and meaningful songs in different languages to the world.

In 2003, Singh was awarded the Padma Bhushan, India’s third highest civilian award, by the Government of India

Ghalib Academy by Delhi Government in 2005